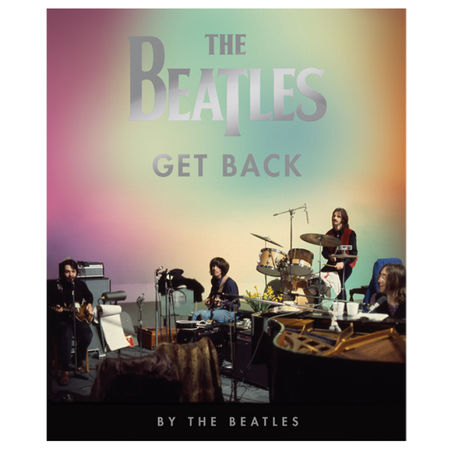 The Beatles: Get Back

THE BEATLES: GET BACK, the first official standalone book to be released by The Beatles since international bestseller The Beatles Anthology. Beautifully designed and produced, this 240-page hardcover tells the story of The Beatles’ creation of their 1970 album, Let It Be, in their own words. Presenting transcribed conversations drawn from over 120 recorded hours of the band’s studio sessions with hundreds of previously unpublished images, including photos by Ethan A. Russell and Linda McCartney.

THE BEATLES: GET BACK also includes a foreword written by Peter Jackson and an introduction by Hanif Kureishi. The book’s texts are edited by John Harris from original conversations between John, Paul, George and Ringo spanning three weeks of recording, culminating in The Beatles’ historic final rooftop concert.

The first 750 fans to order will receive a special edition of The Beatles: Get Back book that includes a limited edition poster featuring a photograph of The Beatles’ rooftop concert.