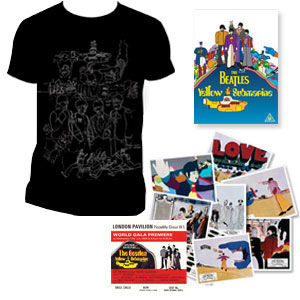 The T-Shirt comes in both white with black print, black with white print and in a selection of male and female sizes.