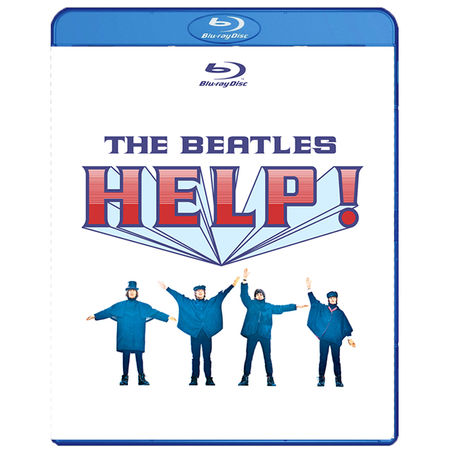 Directed by Richard Lester, who also directed the band’s debut feature film, 1964’s A Hard Day’s Night, Help! follows The Beatles as they become passive recipients of an outside plot that revolves around Ringo's possession of a sacrificial ring, which he cannot remove from his finger. As a result, he and his bandmates John, Paul and George are chased from London to the Austrian Alps and the Bahamas by religious cult members, a mad scientist and the London police.

In addition to starring The Beatles, Help! boasts a witty script, a great cast of British character actors, and classic Beatles songs “Help!,” “You're Going To Lose That Girl,” “You've Got To Hide Your Love Away,” “Ticket To Ride,” “I Need You,” “The Night Before,” and “Another Girl.”

Help!’s Blu-ray edition follows the 2012 release of The Beatles’ digitally restored Yellow Submarine and Magical Mystery Tour feature films on Blu-ray, DVD and iTunes with extensive extras. Help!’s restoration for its 2007 DVD debut wowed viewers, earning five-times platinum sales in the U.S. and praise from a broad range of top media outlets around the world, including USA Today heralding the DVD as “a grand re-release,” The Guardian’s appreciation of the film’s director, Richard Lester, saying “Lester matches The Beatles’ ‘star’ power with smart, colourful visuals and casual surrealism,” The Los Angeles Times’ restoration rave: “With dynamic compression that was standard in the 1960s lifted for the digital age, the full range of the group’s musicality comes through – it’s like several coats of dust have been cleaned off an old master’s painting,” and four-star reviews from Rolling Stone and MOJO with the latter saying, “They really don't make them like this anymore.”