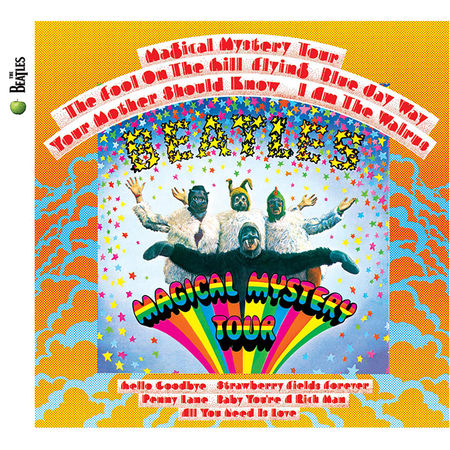 The Beatles devised, wrote and directed a television film called Magical Mystery Tour which was broadcast on BBC Television at Christmas, 1967

Even before Sgt. Pepper's Lonely Hearts Club Band, had hit the shops, the idea of the programme had been born and work had commenced on the title track.

It was decided that the soundtrack for the programme would be released on two seven inch discs which would be packaged with a booklet in a gatefold sleeve. The booklet contained stills from the show along with a comic strip telling the story.