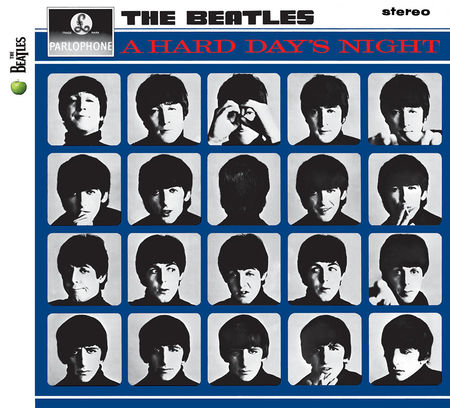 Released on 10th July, 1964, the Beatles third album in less than eighteen months was timed to coincide with the cinema opening of their first movie.

Of the album's 13 tracks seven were featured in the soundtrack of the film. One single had been released ahead of the album that being "Can't Buy Me Love"/"You Can't Do That" which had been issued on 20thMarch. It was also quite remarkable that for the first time on a Beatles album that all of the titles had been composed by John and Paul.

The album reached no.1 in the UK charts towards the end of July and occupied the top spot for 21 of the 38 weeks that it spent in the Top Twenty

The albums have been re-mastered by a dedicated team of engineers at EMI’s Abbey Road Studios in London. The result of this painstaking process is the highest fidelity the catalogue has seen since its original release.