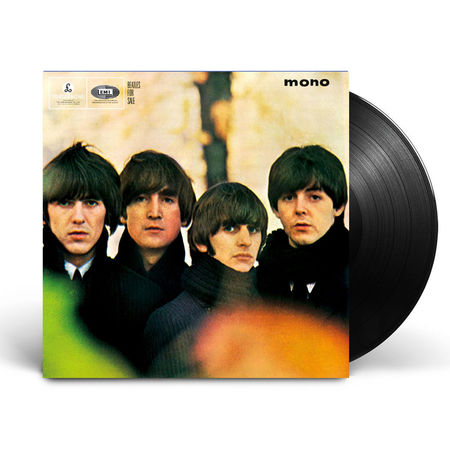 Beatles For Sale was released on 4th December, 1964 - just 21 weeks after A Hard Day's Night. It was The Beatles’ fourth album release in less than two years.

The album had been recorded in seven days, scattered between August and October, when the band’s schedule was crammed with stage performances in the UK, Canada and the US, as well as radio and television work. Given the lack of time, it was not surprising that the group reverted to the 1963 formula of eight original songs and six covers.

The album hit the UK number one spot and retained that position for eleven of the 46 weeks that it spent in the Top Twenty.